Persons making the prior false claims on behalf of Beal, Petersen, Scarbrough, and Young aka "TEK SYSTEMS" aka "ROBERT HALF TECHNOLOGIES", aka "TERRABOX", aka "FEARCAST", aka "INFAMOUS PRODUCTIONS LLC", aka SCARBROUGH DESIGNS, aka "AllyKatt Designs", aka "KEIF-LP Enid", aka "Plano Community Radio (Virtbiz)" to suggest in an organized fashion and by sexual harassment, that the owner of this firm is engaged in STOLEN VALOR criminally and wrongly; to harm C. Lee Allen (Command Sergean Major, Oklahoma National Guard), Specialist Clyde Allen (deceased), his brother, and nephew U.S. Army Specialist James Allen.

Among these claims are fraud to suggest no rank. Regard the DD-214 (a copy voided & redacted for public notice) and cease and desist this fraud.

All claims to suggest inferior or improper service are fraud to aid withholding of ORDERED POSSESSION from a U.S. Army Soldier, and part of a fraud by the prior persons in assumed mental and sexual identity to extort, predicated on injury to a child and claims of incitement of violence in the City of Ada against the Allen family and James Allen, now a felony under 18 U.S. Code Section 249 and "Hate Crime".

Motive in such claims and commercial USE in Tulsa Oklahoma and Oklahoma City "all ages" conventions to solicit underage persons to attend may be related to FEARCAST NETWORK employee activity and KEIF-LP program manager 2010 October threats evident in 2010-2013 and 2021 November and 2022 April and May, cited in employment evident in the attached public image and employment file obtained May 28 2022. Prior concerns re: Wagoner OK and Reflections Photography, in 2012, led to this link in 2022 due repeated appearance during harassment of Facebook pages. Posts of 2013 and 2014 may not be suitable for all audiences, and illustrate SHADOWDANCERS L.L.C. objection to commercial content and sexual content before minor audiences reported to the ABLE COMMISSION, for which such prior military fraud and child taking are retaliation for giving information to police, law enforcement, and the State of concerns for child safety and competitor activity suspected of being harmful to minor children in PONTOTOC COUNTY and OKLAHOMA COUNTY. Initial concerns on "Lolita cosplay Breakfast" events at such shows, investigated by the firm on discovery and reporting organizers were expecting actual minors to appear dressed in sexual outfits, hosted then by adults and included in the SOONERCON program, were central to our concern and retaliation by guests of that FEAR community commercial group with Donald Jonathon Beal and employees of the Young/Scarbrough group filing false police reports to conceal this activity from the public, parents, and doing so by aiding in the withholding of ORDERED POSSESSION of a child to James Allen to coerce and obtain silence and commercial support refused by SHADOWDANCERS L.L.C. of Ada Oklahoma. 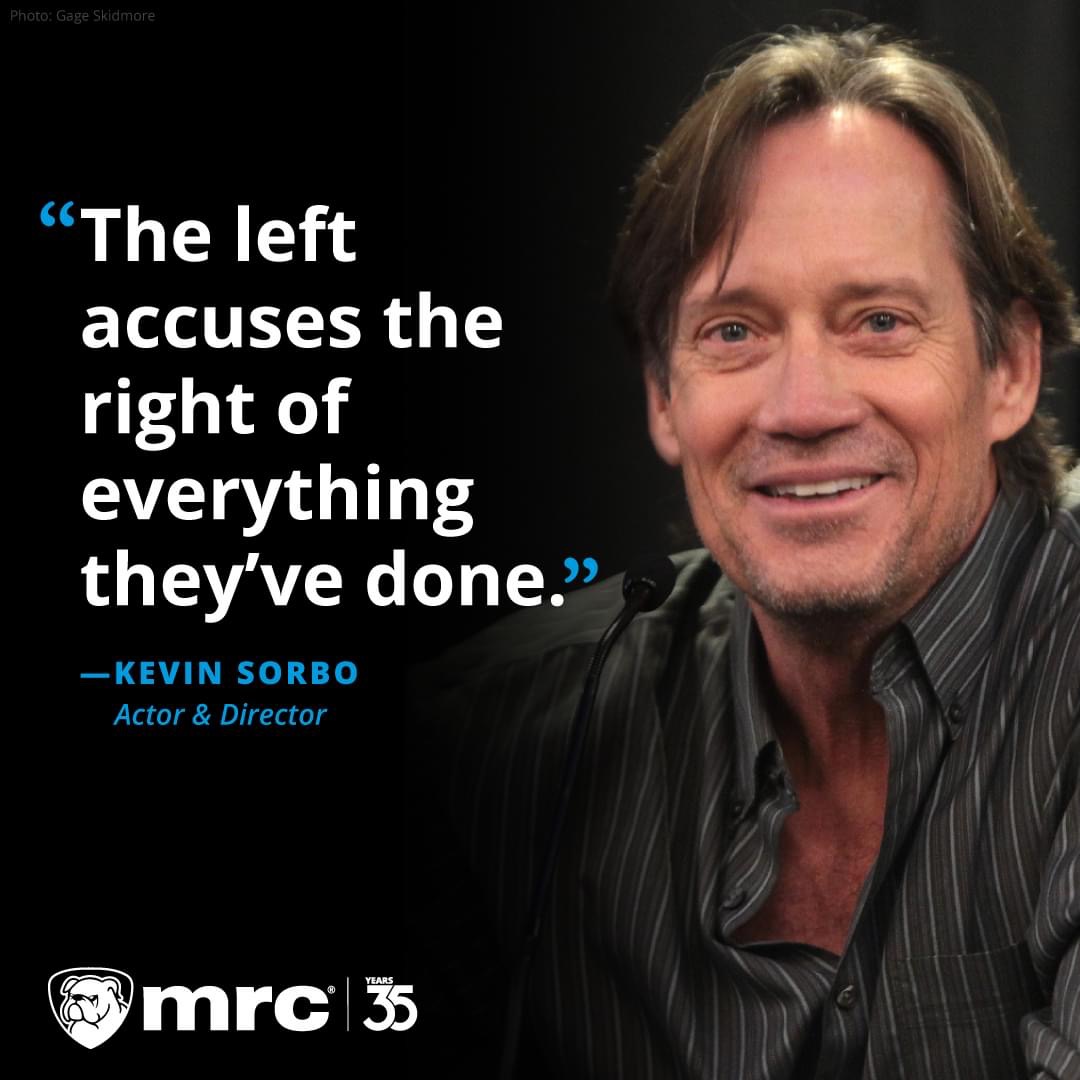 SHADOWDANCERS L.L.C. does not operate conventions where minor audiences are exposed to adult content, nudity, or themes of gender or sexual topics. SHADOWDANCERS L.L.C. is an intellectual property firm similar to publishers and copyright services, with a computer art and design and art history group for hobby tabletop roleplaying games by TSR INC., STEVE JACKSON GAMES, FASA CORPORATION, PALADIUM GAMES, and other made for suitable audience products for entertainment. SHADOWDANCERS L.L.C. is a telecommunications company for TEAMSPEAK GmbH commercial license in Oklahoma, a voice conferencing software service, and a software developer with DIGIUM ASTERISK and LUCENT equipment, Intel ISP and Cisco Equipment experience. The firm operates dinner theater and promotional and tradeshow events - prior to efforts to disable the firm at regional shows in favor of all access and sexual gender identity fraud to intimidate it drop its sponsorship status with SOONERCON or pay $2000 or more for protection from such abuse by a TROLL LORD GAMES employee and ROBERT HALF TECHNOLOGIES employee. Money sought at that time was already part of a charitable donation from ANDREWSSCHOOL.COM employees to surgery for ilfe saving medical care by Dr. James Clark D.D.S. shown in invoice and in relation to burglaries (2) at that time in PONTOTOC COUNTY since falsified in April 2022 public fraud to extort. James Allen is a business owner and patron of local hobby and media themed upon his family military background and digital imaging software development experience as a tester for Newtek Lightwave3D products, PIXOLOGIC LLC, LUXOLOGY LLC, SLICEHOST, RACKSPACE, NEXT LIMIT INC., RED HAT LABS INC., and other companies. He was working for PROCEED TECHNOLOGIES in 2001 when his child was abducted and concealed without DUE PROCESS or judicial review and denied all return due dilatory tactics refused Federal and State relief from 2001-2022, to extort and influence his commercial business. He has never worked for TEK SYSTEMS or TERRABOX, and claims by those firms and ROBERT HALF TECHNOLOGIES are incorporated in written legal threats to keep, conceal, and abuse his child.

Efforts to try to discredit the Oklahoma business owner after attempted extortion are concealment for lawful report as a consumer abused by a service provider - as shown in the purchase of services below, and abuse upon refusal to pay a fee based on funds set aside for a charity medical procedure then discovered and demanded by the parties illegally. Further - to knowingly and purposefully seek to violate the Oklahoma Title 78 Trademark governing the use of the author's well known and long-established commercial name for commercial advantage. 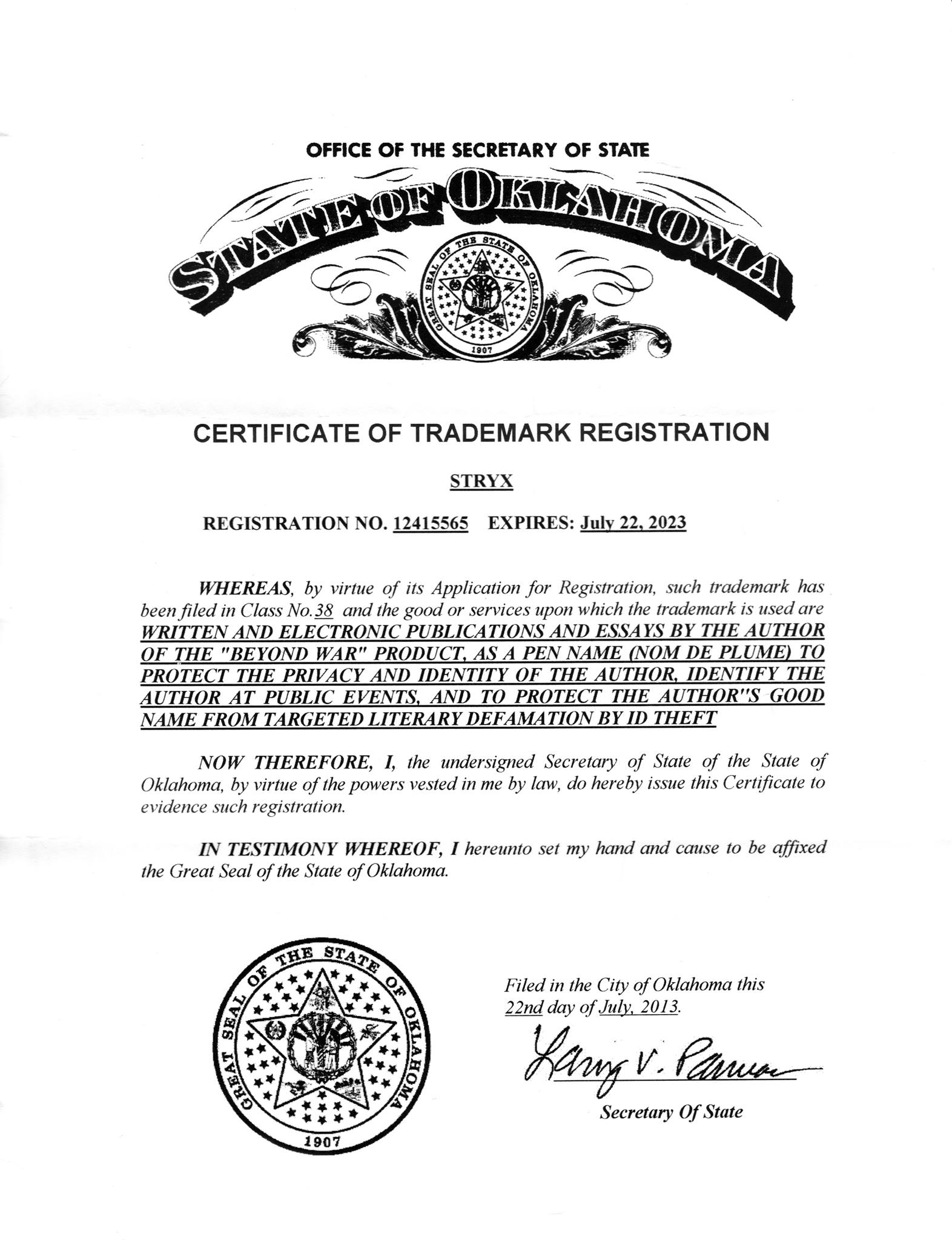 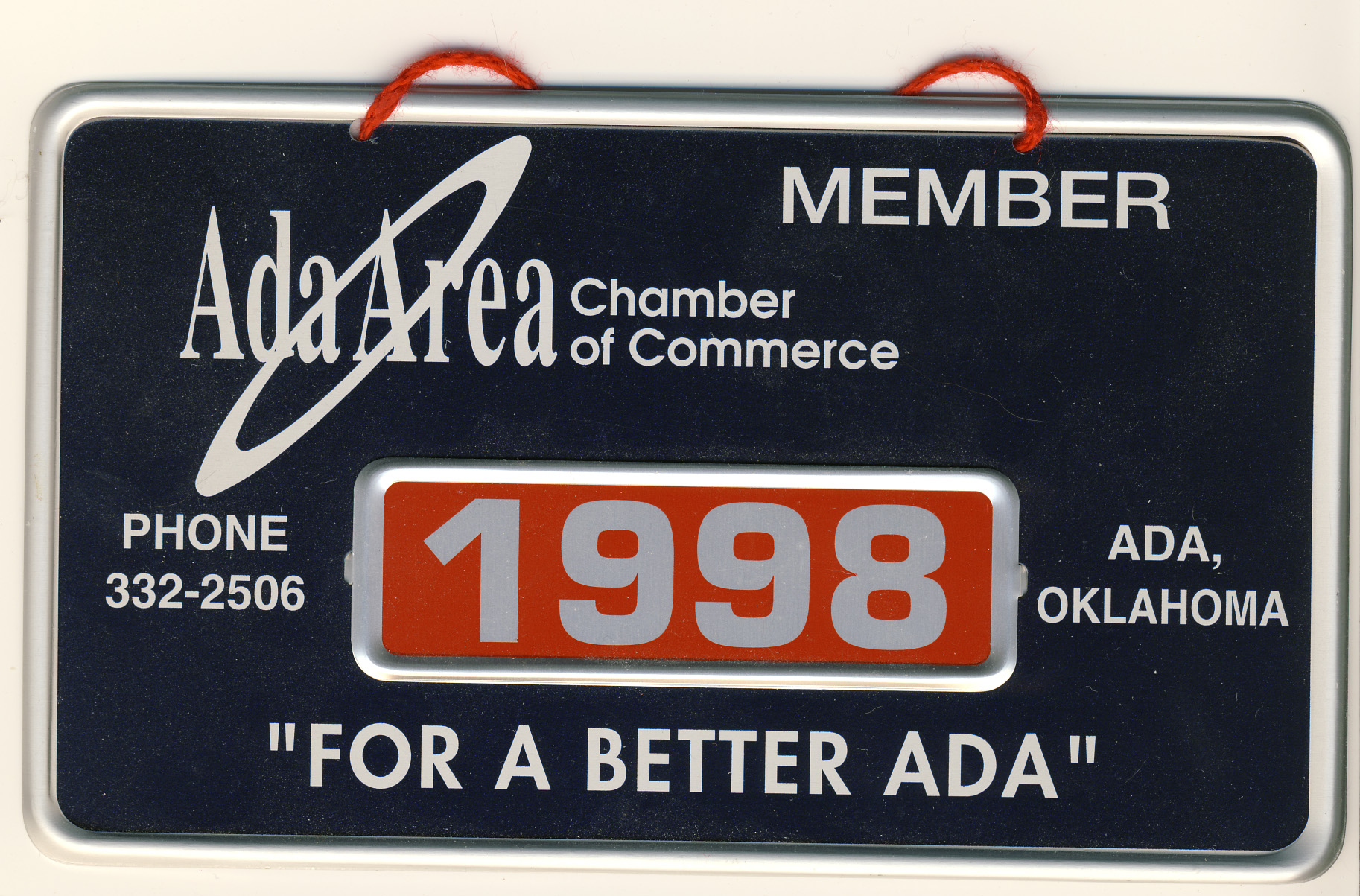 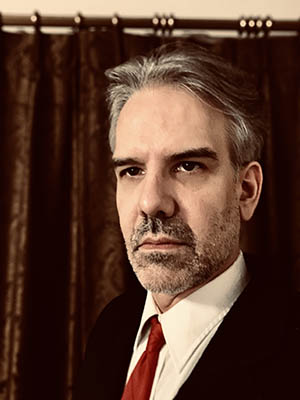 Ergo, the effort to claim by any person who was present per their own resume that such business were not REAL or "In Legal Use" to defraud, to damage sponsorship of other industry events, and to overcome the commission and LETTERS OF PATENT issued by the Oklahoma Secretary of State to Title 78 registered property would be serious civil wrongdoing and criminal in context to demands over $10,000 USD and/or withholding of ORDERED POSSESSION of a child to obtain such funds, property, or forfeiture in excess of income and to deceive and defraud and abuse the public office and limitations set by Federal Law.

Even if one faked that resume to claim credit for employment not owing or due and outside of a paid period of compensation, to suggest non-competition or conceal genuine ownership of a d/b/a business or other contracts foreign to the firm.

Since SHADOWDANCERS L.L.C. owns those products listed in the resume as BRYCE 3D, Flash, Lightwave3D, Adobe perpetual license, et al - claiming to own equity in the company while job searching after June 1998 incorporation of the firm excluding you, and alleging you filled out the paperwork to apply also, is fraud on prima facie for a single member incorporation by a 2nd party alleging to be in her own public resume just an "intern" (disputed - based on false claims and time of W2 wages paid to other persons also, in whom the prior claims exceed the employment to encompass non-employment periods).

DATING MR. ALLEN DOES NOT MEAN YOU WORK FOR THE FIRM OR OWN EQUITY OR INTEREST IN IT (OR HIM). Use of the firm in this way to gain employment or abuse others in credit of equity is IDENTITY THEFT in false personation of an employee (21 O.S. 21-1533 rule, barred conduct). In concert to collect a debt, it is prohibited (15 U.S. Code §1692d rule, predicated on that statutory State criminal code incorporated in the civil law a protection from false claims without indictment or conviction to afford security from fraud).