We try to have a lot of fun, despite the ongoing interference, but keep a very low profile to avoid attracting harassment at our events in Ada. Computer science should be "fun" after all. 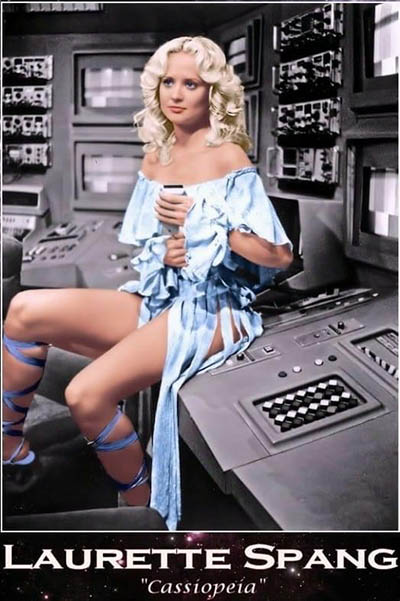 Despite that, there is always some lunatic who wants to seek attention by pretending their ex-boyfriend is a psychopath or "the worst man ever", and sometimes it can get completely out of control. Rather than let the toad have its way, like "Hell Comes to Frogtown", and show off what sort of windchime set they imagine would work for an Irish putter (as in Netflix, "The Good Place"), it is healthy to take a step back and try to avoid letting people like that tie down a real man to suit their fantasy about all men being pigs.

At least "Hell comes to Frog Town" (now on Amazon Prime), was funny - with the explosive chastity belts put on Roddy Piper, and the "Dance of the Three Snakes". What we have been going through is quite the opposite - and for very little production value or real plot beyond that old classic movie. 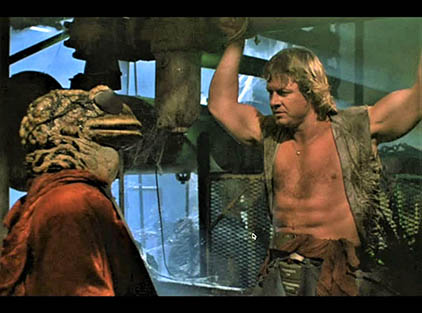 If a person can't get over the fact their ex has a business or their public right to speak is about communicating with people other than those prior relationships - and in which those persons are not participants or the intended audience entitled to control the former partner, that is unhealthy behavior. Especially when going out to have a drink or visit with friends in a small town turns into a month of threats and telephone calls and blackmail impersonating their family after walking by the other party in a college bar.

The City of Ada is a small town of less than 20,000 people. Trying to destroy the life of a person or attack their business, when they cannot move and are taking care of their family in that community, by suggesting they have no right to WORK or go out or talk about a trade or industry they spent 30 years in for commercial competition is stupid.

When that fraud is to conceal the person earned more than they did, or has a degree or other industry relationships they want, and to pretend the party has no legal right to work while hurting their parents and children - it is a matter that exceeds civil protection.

Threatening the person to not talk about the abuse is also not a lawful form of behavior in contacting them to demand money or threaten law enforcement false reports if they do not modify their account of the injury done to them. Alleging that the victim trying to give their side on their own private account should somehow constitute stalking to speak about domestic violence or concealment of a child or other physical harm or injury to pets, is also not okay. 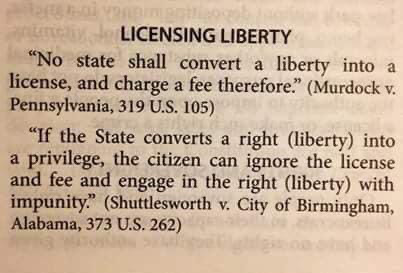 This is why, when people engaging in those behaviors and contacting the victims and their family and customers repeatedly do this, we do maintain a banned from access list.

Efforts to intimidate people away from regional events and damage their right to appear or attend such events, likewise, or to coerce them to give a good review or no genuine review of events, is also not lawful - and absolutely criminal conduct as a for-profit or not-for-profit group.

The question is not "was what was said bad or negative" in contest. The issue is, are the members of one party contacting someone or their family or customers by direct unprompted solicitation to harass and deliver such claims to extort - which we are witnessing in repeated April 2022 and November 2021 acts, concerning local science-fiction events in June and October and releated "Steampunk" promoters and adult event promoters in Tulsa and Dallas Texas.

In those cases, persons on the "DO NOT ADMIT" list will be denied access to our events, services, and persons, vendors, and promoters of those projects; and their claims will be refused access to private functions and customer lists, schedules, and notices of gatherings because of that conduct.

Such right to privacy is not ordinarily necessary without "bad actors" constant abuse, collateral leverage to extort, and false claims in fraud obligating an increased level of security and protection not ordinary in a professional business activity.

The market is not large enough to justify such actions, and is intent on damaging the ordinary and healthy commercial development of other projects in the region based on a false claim of equity and false interest and false lien in property not entitled such demands in civil law. Use of "woke" and "progressive" stereotypes and racism, ethnic, and mental health claims to aggravate those abuses, documented in fraud against Norman and Dallas residents - is indicative of extreme triangulation behavior consitent with criminal degrees of pathology to abuse and extort persons - and incorporated in commercial claims under color of a civil matter falsely made and falsely maintained without habeaus corpus or due process.

If children were not already hostages, this conduct would have driven our firm out of the area years ago. Failure to recognize and prosecute those persons responsible for criminal violations of law are a huge factor in why our firm is still considering other offers from other countries to relocate despite substantial presence and history in Pontotoc County.

Discrimination in this matter appears both "anti-Christian", "anti-heterosexual", and of a premeditated design in misgendering such persons to directly violate the Emmett Till Antilynching Act - and to violate other gender discrimination legislation designed to stop this abuse and use of such baseless fraud to groom underage minors invited to prior conservative and conventional hobby and literature professional regional events.

The prior organization appears in activity now central to "influence gathering" similar to "ANTIFA", "Weather Underground", and other radicalized "Greenpeace" and "PETA" activity incorporating violence against ordinary business activity and private property central to their "call to action" and "general fraud".

After our animals were abused in 2001 and 2002, and again in 2020 - we are very restrictive as to who has access to locations where the company keeps its pets; and rely on full-time care due to threats to break into locations on 925 East 9th Street and taking of animals from those locations which were never returned.

We have witnessed similar "animal disposal" activity in 2015, and 2017, which leaves the owners of these animals concerned for further injury in the written threats over 2017-2021 on TWITCH INTERACTIVE INC. and toward the people and children of our stakeholders, officers, and customers.

The ability to conduct ordinary business under such conditions, raises serious concerns about potential vandalism similar to damage done to EDGE TECHNOLOGIES INC. and SYKES ENTERPRISES property by labor unrest in the area; and in threats in 2008 to extort our office in other locations constituting blackmail and commercial competition to impersonate our telecom and computer manufacturing business operations by those parties.

Age restrictions, and mature code of conduct and communication to maintain privacy against later fraud and false claims to deny behavior obligate our company to rely on CCTV and other technology including telephone recording systems and contract firms due to that repeated abuse of services in context to these frauds originating in Dallas, Enid, and Tulsa Oklahoma business owners false claims.

Our firm has filed FCC complaints and formal disputes with the ABLE COMMISSION due to this activity over 2007-2022.

In which complaints we sustain our claim that such conduct is both oriented to target vulnerable underage audiences and promote such content to defraud and defame other established businesses and their families in that contractual action incorporating Arkansas and Wagoner Oklahoma events themed upon "abandoned and neglected children" exploitated by concealment from the Court and legal custody rights to seek public donations in fraud.

Further that those efforts serve expressly to overcome other business in the region using those children as collateral in fraud violating specific copyright, trademark, and threatened false sale of goods to dilute trademark and brand value in franchise activity and use of false names in such false sale of title.

For these reasons, members at our events are pre-screened and restricted to cryptographic card and registration services; and may not be entitled public release of guest lists or other data to protect their welfare and rights against this organized activity in Oklahoma, Texas, and Arkansas.

When we began this business, I always felt Mexico was dangerous and unsafe for our business. Now it feels like Juarez or Mexico City or Moscow would be more professional and secure to host our firms and technology manufacturing services than Texas or Oklahoma.

Local lack of education in securities, equity, interest, and legal rights of persons in the regional public schools and law enforcement, paired with a desire to look the other way and dismiss such conduct against real business based on its economic presence and employment value to the community, do not grant the regional markets a passing grade for minimal business development and investment.

We still want to have fun and work toward creating jobs in the area, but the Zetas or other organized criminal enterprise like the Russian Mafia appear to be a better commercial partner than the United States FBI in the region, and to work closer with industry and private law enforcement than small community and State special investigations.

In addition to the narcotics legalization and quasi-medical use of such narcotics, ordinary businesses have no hope of enjoying real law enforcement protection from such white-collar organized crime and intimidation of family, personal relationships, and community participation.

One extortion letter stated to me, "You don't have any friends, so no one will believe you." in a clear plan to extort by "gaslighting" and "false claims of mental health fraud" in a premeditated manner.

Rather than be put down, these frauds have been openly supported by members of the Democratic Party in the area and false claims to empower those civil rights abuses - in a scheme no different than KKK activity in the pre Civil Rights era.

Not a day goes by I don't expect to walk outside our office and see an actual "burning cross" on the front yard, nor think far from the Henry Rollins song "Killing in the Name Of" that mentions "Some of those that work forces, are the same that burn crosses".

That's a terrible thought to remember, when you are burying your mother in that town amid ongoing threats, and checking to see if your U.S. mailbox has been run down for the 6th time in a row without arrests - or another shot fired into your dining room window - or more messages talking about sexual assault of your intimate partner waiting on your social media or business sites.