AM24 is used to designate 'Serious Games', containing content and situations which younger audiences may not be emotionally capable of exposure or interaction with other users. By using 'strong identity' technology, AM24 eliminates underage and immature audience members from access to the network, allowing creative freedom reserved for American literary works of serious political and warfighter topics. 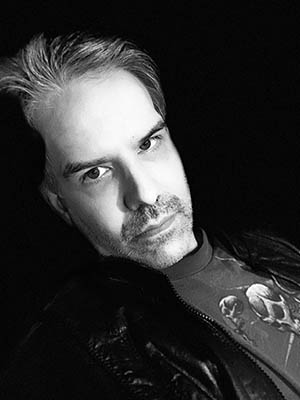 These topics cover material and situations that young adult and minor audiences may not be prepared to internalize, and content and information which require a competency in public and civil society to correctly externalize.

For example, persons under 24 may wrongly construe the word 'adult' to mean 'sex' or 'sexual', when in fact it refers to a minimum standard of communication and conduct between persons, as a business or formal legal setting would require.

'Strong Identity' allows users to be admitted, banned, and govern their activity across multiple products rated AM24, carrying bad conduct bans across from one 'targeted' community to all communities in which the party would otherwise participate.

This facilitates strong roleplay and committment to the environment of virtual and entertainment events, similar to private dinner theater, with the right to exclude and monitor individual behavior, conduct, and make penalties meaningful for breach of basic conduct rules.

The '24' in AM24 refers to the qualifying chronological age of twenty-four years and good standing in compos mentis (judgment and mental and emotional health).

As a private license and organization, this affirms membership is conditioned the right to counter Democratic Socialist Insurgency (DSI) terrorist hoax activity and false medical claims used commonly on major social networks to assault, abuse, and support 'cancel culture' against persons in ordinary disputes and incite violence against real persons.

Fraud by college programs to support 'cancel culture' and psychological abuse, as was performed by Brian Nester Young, assert the bar against persons ordinarly under 24 years of age who are still potentially enrolled in college without the necessary life experience to recognize this conduct as criminal activity.

Because of advanced warfighter concepts and elements of practiced approved 'deciet' and 'identity roles' affored SEVEN ALPHA platform and applications, and technology and tactics discussed including advanced warfighter visualization and images, animation, and consequences consistent with armed combat; standards for player and character violence require the audience and users be fully emotionally and mentally mature before consideration for these programs or exposure to such media.

AM24 affords writers and developers the freedom to utilize storytelling elements, animation, and tactics which are unsuitable for minors, games available to minors, and eliminates the frequent tendency of U.S. 'common core' radical liberal education supporting violent overthrow of the United Sates or its equity or franchise or injury to its agents from admission to service. AM24 is therefore also called in its unofficial use "American Media 24", regarding the adivce of the MPAA (Motion Picture Assocation of America) to the use and sustained protection of warfighter accounts in film and media - thereby ensuring American Citizens are reminded and aware of the real causes and claims supporting the use of martial force at law and beyond the borders of the United States of America.

Opponents of AM24, who have styled such content based on their own sexual and beastiality fantasies, are overwhelming evidence of the growing illiteracy and obliteration of American Warfighter Culture and of the foreign opposition to American Jurisprudence, the system of value and laws inherent in the definition of the incorporated United Staes - so phrased "guarantee of a Republican form of goverment" - and slide away from such defintiions through compromise of the State and Federal educcation and public offices from 1996 to 2016.

Fans of Bruce Campbell, Sam Raimi, Quintin Tarintino, and similar works of "serious fiction" popular in modern media through animated violence - like that of Rick and Morty - are familiar with work themed legal for AM24 rating and use. Netflix and other video-on-demand (VoD) sites likewise provide similar content for consumption. AM24 is a rating that carries that content level over to interactive media, simply.

In short, AM24 is designed to keep Mr. Young and other criminals from participating with users engaged in critical transactions and business, for which ordinary commerce and entertainment cannot be protected by less stringent means than private venues.

Themes in AM24 support consequences for actions, violence, and persistent world design which is not found in ordinary 'casual' games. Such content is themed 'serious games' because of this system of consequence and persistence in its theme and design, similar real world markets and transaction final sale terms. It exists to prevent fraud while increasing value for in-network users and creating strong estate-like controls governing the use, access, and exchange of goods to minimize farming of virtual property and address intangible and real-world value issues arrising from such 'status' in online social environments, including limiting multi-user single account abuse.

AM24 is the product of 30 years of tabletop RPG experience and senior software, database, and network security technologies conferencing on project issues.

A community site featuring content on United States public policy and conflicts in the City of Ada, Oklahoma. Privately owned and operated. Not a publication of the incorporated municipal City of Ada.